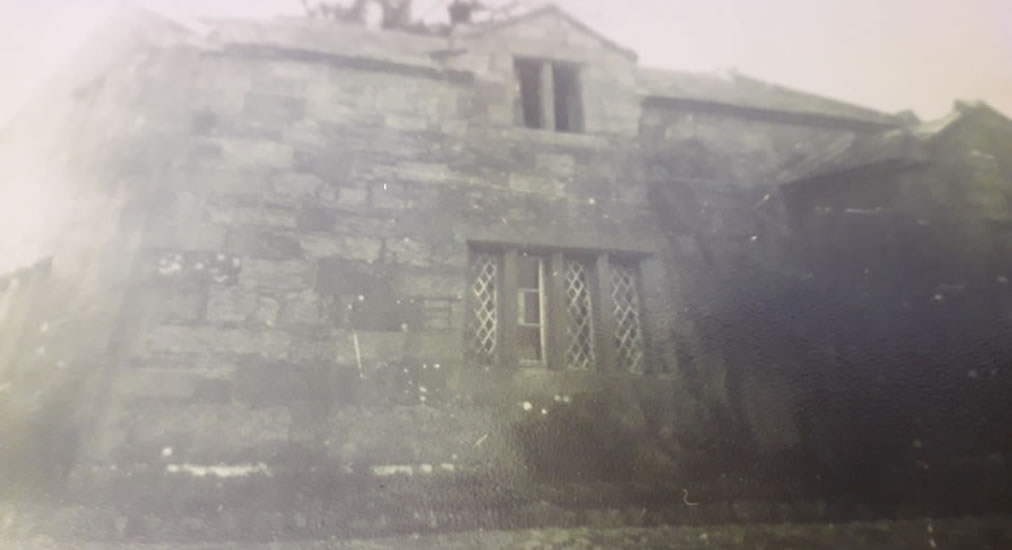 In the 1830s the Chief Secretary of Ireland Lord Stanley put in place a National Education system. Before this children were educated in fee-paying local Hedge Schools. In 1835 there were four Hedge Schools in Shanagolden. In 1842 the local landlord Thomas Spring-Rice applied to build a school beside the Protestant church. The estimated cost was around 600 pounds. The school opened in March 1844. The subjects offered at the early stage were English reading, English writing, English grammar, English spellings, arithmetic, needlework and Geography. Boys were enrolled first into the school and girls and infants followed later.

There were four sections in the school, a senior male school, a female school, an infant school and living quarters upstairs. At the time, the population in Shanagolden was quite large and in 1845 there were 371 pupils on the roll. Then the Famine struck and by 1853 there were 193 pupils in the school. The school survived in difficult times for nearly 100 years. In 1943 the old school closed and the new school where we are now opened. Then the school began to fall into bad repair. The Creamery made use of the rooms to store goods. In 1964, the Creamery committee succeeded in purchasing the old school from the Lord Mounteagle Estate for a minimum sum of money.

The present School building opened in 1943 and was located on a new site in Clashganiff, provided free by Thomas Madigan of Clashganiff House. It originally consisted of five classrooms and was extended to include eight classrooms and a general purpose hall in the 1980s.

The closure of Nutgrove National School in 1968, on the eastern edge of the parish of Shanagolden close to Creeves Cross, brought changes to Shanagolden N.S. Firstly there was an increase in enrolment and secondly up to this point Shanagolden N.S consisted of two separate schools, a boys school and a girls school but following the amalgamation Shanagolden N.S became a co-educational school with one Principal.

Today, Shanagolden National School is a co-educational school from Junior Infants to Sixth class serving the village and surrounding areas of Shanagoden. It has five mainstream class teachers, three full-time Special Education Teachers, three Special Needs Assistants, a part-time secretary and a part-time caretaker (2020). It is a Catholic School under the patronage of the Bishop of Limerick. Our building is also home to the independently run Stepping Stones Montessori.

The curriculum in Shanagolden is presented in six subject areas, some of which are further sub-divided into subjects. These are Language (Gaeilge and English), Mathematics, Social Environmental and Scientific Education (History, Geography and Science), Art Education (Visual Arts, Music and Drama), Physical Education and Social, Personal and Health Education.